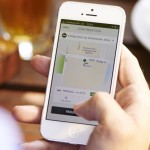 The Uber smartphone app. Uber CNN reports that people associated with car-on-demand service Uber have been attempting to sabotage an Uber competitor, Lyft, by ordering and canceling as many as 5,000 rides since October 2013. Lyft drivers have also complained that Uber employees will call them to take “short, low-profit rides largely devoted to luring them to work for Uber.” Uber reportedly used the ride request-and-cancellation tactic earlier this year on another competitor, Gett, to the tune of around 100 rides. Those ride calls were placed by employees as high in the company as Uber’s New York general manager, Josh Mohrer. The calls serve a number of purposes: frustrating drivers, wasting their time and gas approaching a fare that won’t come through, and occupying them to artificially limit driver availability, if only temporarily. Lyft claims to have sussed out the fake requests using phone numbers used by “known Uber recruiters.” Lyft claims that one Uber recruiter requested and canceled 300 rides from May 26 to June 10, and it said that recruiter’s phone number was associated with 21 more accounts with 1,524 canceled rides between them. However, in this instance, there’s no evidence that the cancellations were suggested by Uber corporate, according to CNN. Read 2 remaining paragraphs | Comments 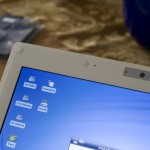