jones_supa writes Microsoft’s Windows Insider lead, Gabe Aul, has announced that the company has received one million pieces of feedback through the Windows 10 Technical Preview Feedback app. The app opens right from the Start Menu and it has been critical to the operating system’s development allowing testers to send details to Microsoft about what they think of Windows, problems they have been facing, and if there are any improvements they would like to see. The app has been part of both desktop and phone flavors of the OS. Microsoft seems to have made a real effort lately to listen to consumer feedback and has been opening up avenues to discuss new features for some time. Have you sent feedback through the app? Read more of this story at Slashdot. 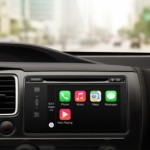 Aftermarket CarPlay console coming this fall, costs between $500 and $700