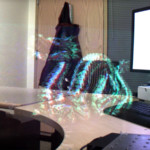 A lot of the technology billed as holographic, well, isn’t. Not even HoloLens . Real holography requires a laser-generated 3D image, and it’s no mean feat to stuff that into something you can comfortably wear. Microsoft just made some important progress, however. Its researchers have developed a true, near-eye holographic whose optics can fit inside a regular pair of glasses. The mirrors and the liquid crystal on silicon needed to achieve the effect sit inside the frame — it’s only the electronics that have to stay outside. While this extra-compact size would normally result in an unusable picture, corrections in the holographic projector make it easy to read details down to individual pixels. The tech giant has also tackled some problems with generating those holograms. Its team took advantage of eye-tracked rendering (that is, providing the most visual detail where you’re looking) and GPU-boosted algorithms to generate high-detail holograms in real time, complete with realistic focus and vision correction. You wouldn’t necessarily need a set of corrective eyewear to compensate for astigmatism or other eyesight issues. Microsoft is quick to point out that this doesn’t necessarily hint at its hardware plans. It’s just as well — the tech still faces some serious limitations. Besides the necessity of external electronics, the glasses only produce a monoscopic picture. A stereoscopic image is another challenge altogether. If everything comes together, though, you could have a real holographic display that’s comfortable to wear all day long. Whether you’re a doctor , designer or gamer , you could plunge yourself into augmented reality without a bulky headset weighing you down. Source: Microsoft Research 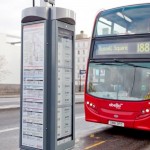