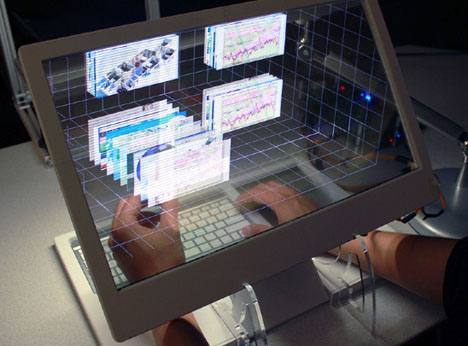 It’s like a hi-tech sneezeguard at a salad bar

A certain famous industrial designer once told me I’d be absolutely amazed if I could see some of the things he’d seen inside Microsoft’s skunkworks. I pushed him for specifics, but alas, the design DNA was NDA’d. But this project here just might be one of those things.

Researchers Jinha Lee and Cati Boulanger of the Microsoft Applied Sciences Group have developed a prototype called the See-Through 3D Desktop where the user reaches behind the screen to interact with objects in virtual 3D space. Check it out:

Here’s another vid showing a different demo of the same technology. You can skip ahead to 1:00 for the action: