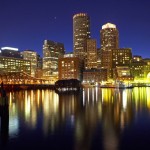 Boston might be best known for the longstanding baseball rivalry between its Red Sox and the New York Yankees, but maybe the nerdier folks among us will think of it beyond Fallout 4 and PAX East now. Researchers from the Massachusetts Institute of Technology have developed a model for estimating gas and electricity demand for every building in the city. Some 100, 000 edifices are included and the model is even being used to aid in making decisions regarding energy policy, according to PhysOrg . The idea here is to use the model as a way of making Beantown more energy efficient across the board. “Every city has long-term goals, but nobody knows exactly how to plan for and measure them, ” MIT’s Carlos Cerezo says. “With this model, the city has a map to help them target and reach those goals.” One example of that is looking a building that’s consuming lots of energy (and thus giving off a sizable amount of heat waste) and positioning others around it that’d use the otherwise wasted heat, Cerezo says. Another is developing autonomous power grids, “microgrids, ” that can withstand extreme weather conditions on their own if disconnected from the larger power network. Once a city can see how energy ebbs and flows via the big data , this sort of stuff should become easier. “Nobody has ever modeled a city the size of Boston at this level of detail, ” Christoph Reinhart, also of MIT, says. But the above model’s projections need to be validated against hard, real-world data before the team can reach its ultimate goal of energy-use models for every city on the globe. Source: PhysOrg 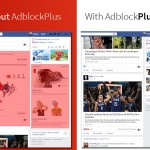