An anonymous reader quotes a report from The Guardian: The blaring, grinding noise jolted the American diplomat from his bed in a Havana hotel. He moved just a few feet, and there was silence. He climbed back into bed. Inexplicably, the agonizing sound hit him again. It was as if he’d walked through some invisible wall cutting straight through his room. Soon came the hearing loss, and the speech problems, symptoms both similar and altogether different from others among at least 21 U.S. victims in an astonishing international mystery still unfolding in Cuba. The top U.S. diplomat has called them “health attacks.” New details learned by the Associated Press indicate at least some of the incidents were confined to specific rooms or even parts of rooms with laser-like specificity, baffling U.S. officials who say the facts and the physics don’t add up. Suspicion initially focused on a sonic weapon, and on the Cubans. Yet the diagnosis of mild brain injury, considered unlikely to result from sound, has confounded the FBI, the state department and U.S. intelligence agencies involved in the investigation. Some victims now have problems concentrating or recalling specific words, several officials said, the latest signs of more serious damage than the U.S. government initially realized. The United States first acknowledged the attacks in August — nine months after symptoms were first reported. Read more of this story at Slashdot.

Read the original:
Mystery of Sonic Weapon Attacks At US Embassy In Cuba Deepens 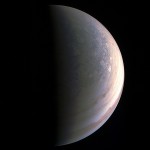 Juno sends back an unfamiliar view of Jupiter’s north pole