Famed grindcore band Napalm Death were slated to play a unique concert at the Victoria and Albert Museum on Friday night, but the museum cancelled the show fearing that “the high level of decibels generated by the performance would damage the historic fabric of the building.” The group was to play through a sculptural ceramic sound system built by artist Keith Harrison. The sculpture was expected to crumble under the volume of the performance. “Sound as a weapon – or a weapon of change – is a very interesting concept and I think that the whole process of our sound gradually degrading clay sculptures is captivating,” Napalm Death vocalist Mark “Barney” Greenway said last week. “The noise element of music should never be understated and this exhibition at the V&A will hopefully demonstrate that music can do interesting things beyond the realms of clipped production techniques.” According to the V&A, the museum “is committed to an exciting programme of exhibitions and events but the safety of our visitors and building remains our priority at all times.” Above, Napalm Death’s “Suffer the Children” from their 1990 album Harmony Corruption , the first album to feature Greenway on vocals. (via BBC News )   What does a sonic blaster (“less-lethal” audio weapon) feel like … Make your own $1 million vomit-inducing flashlight for $250 – Boing … Testing infrasound thrills and chills with a double-blind randomized … Infrasound Experiment – Boing Boing 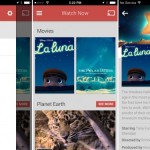 Google Play Movies & TV comes to iOS, minus the store...