An anonymous reader quotes a report from Phys.Org: Using a new satellite-based method, scientists at NASA, Environment and Climate Change Canada, and two universities have located 39 unreported and major human-made sources of toxic sulfur dioxide emissions. A known health hazard and contributor to acid rain, sulfur dioxide (SO2) is one of six air pollutants regulated by the U.S. Environmental Protection Agency. The 39 unreported emission sources, found in the analysis of satellite data from 2005 to 2014, are clusters of coal-burning power plants, smelters, oil and gas operations found notably in the Middle East, but also in Mexico and parts of Russia. In addition, reported emissions from known sources in these regions were — in some cases — two to three times lower than satellite-based estimates. Altogether, the unreported and underreported sources account for about 12 percent of all human-made emissions of sulfur dioxide — a discrepancy that can have a large impact on regional air quality, said Chris McLinden, an atmospheric scientist and lead author of the study. The co-author of the study, Nickolay Krotkov, says quantifying the sulfur dioxide bull’s-eyes is a two-step process that would not have been possible without an improvement in the computer processing that transforms raw satellite observations from the Dutch-Finnish Ozone Monitoring Instrument aboard NASA’s Aura spacecraft into precise estimates of sulfur dioxide concentrations, and the ability to detect smaller concentrations using a new computer program that precisely detects sulfur dioxide that had been dispersed and diluted by winds. Read more of this story at Slashdot. 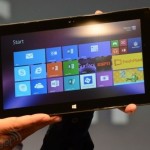