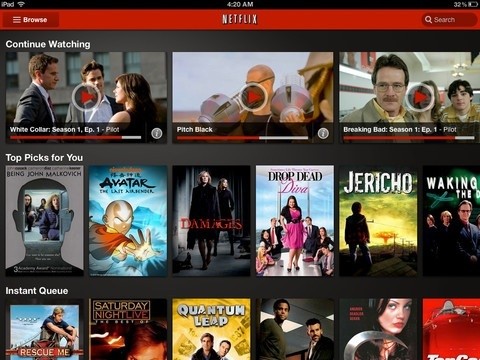 We’ve already seen Netflix’s more tablet-optimized interface in the latest version of its Android app and now, as promised, the company has brought much the same UI to its iOS app. In addition to giving iPad users the ability to view more content at a glance, version 2.0 of the app also brings with it support for Netflix users in Latin America, as well as a number of stability fixes. As always, it remains free for Netflix members — hit up the App Store to download it now.