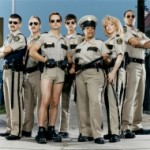 Good news for those of you who are fans of the great Comedy Central show Reno 9-11, Netflix wants to start remaking the show after it was already canceled two years ago. While nothing is completely official, the show’s producers have actively been discussing the idea with Netflix, who recently announced their intention to make original streaming content for their service.

I don’t know about you guys, but I hope this one ends up panning out.