Hugh Pickens DOT Com (2995471) writes “Lucy Mangan reports at The Guardian that a new labor agreement in France means that employees must ignore their bosses’ work emails once they are out of the office and relaxing at home – even on their smartphones. Under the deal, which affects a million employees in the technology and consultancy sectors (including the French arms of Google, Facebook, and Deloitte), employees will also have to resist the temptation to look at work-related material on their computers or smartphones – or any other kind of malevolent intrusion into the time they have been nationally mandated to spend on whatever the French call la dolce vita. “We must also measure digital working time, ” says Michel De La Force, chairman of the General Confederation of Managers. “We can admit extra work in exceptional circumstances but we must always come back to what is normal, which is to unplug, to stop being permanently at work.” However critics say it will impose further red tape on French businesses, which already face some of the world’s tightest labor laws.” (Continues) Read more of this story at Slashdot.

Fileless malware attack against US restaurants went undetected by most AV 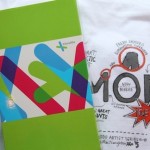 It Now Only Costs $100 To Know Everything About Your DNA

New Ultralight Ceramic Cubes Can Be Squished and Recover Like a...