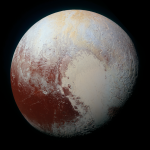 Tuesday’s massive ransomware outbreak was, in fact, something much worse