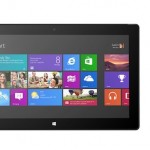 How Sound Engineers Made the Millennium Falcon’s Most Iconic Noise

How One Man’s Blood Donations Saved Over Two Million Lives