Charliemopps writes: “According to Director of National Intelligence, James Clapper, ‘There have been queries, using U.S. person identifiers, of communications lawfully acquired to obtain foreign intelligence targeting non-U.S. persons reasonably believed to be located outside the United States. These queries were performed pursuant to minimization procedures approved by the Fisa court and consistent with the statute and the fourth amendment.’ Basically, if you communicated with someone that is ‘reasonably believed’ to be a terrorist, you’ve lost constitutional protection against searches without a warrant, according to the NSA.” Read more of this story at Slashdot.

Read More:
NSA Confirms It Has Been Searching US Citizens’ Data Without a Warrant 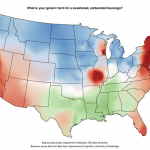