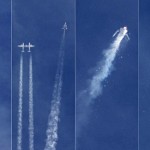 Ground imagery showing the destruction of SpaceShipTwo. Kenneth Brown/Reuters The Guardian has a good summary of how things are proceeding with the two-day-old National Transportation Safety Board (NTSB) investigation into the destruction of Virgin Galactic’s SpaceShipTwo , which occurred at approximately 10:12am PDT on October 31. Some eyewitnesses reported seeing an explosion when the craft broke up, prompting speculation that the accident had something to do with SpaceShipTwo’s hybrid rocket engine—an engine that was making its first flight with its new fuel. However, at a press conference Sunday afternoon, acting NTSB chairman Christopher Hart said that crash investigators had already located the cause of the accident that injured 43-year old pilot Peter Siebold and took the life of 39-year old co-pilot Michael Alsbury: the spacecraft’s “feathering” mode had been engaged early. This put SpaceShipTwo in a high-drag configuration unsuitable for powered flight, and the craft then broke apart. The feathering functionality is designed to be used in the later stage of SpaceShipTwo’s flight. It changes the shape of the craft, swinging its wings upward and allowing them to move to the optimum angle to slow the craft down on descent, like a shuttlecock falling to the ground in a game of badminton. Read 6 remaining paragraphs | Comments 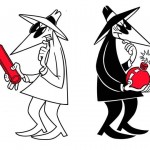