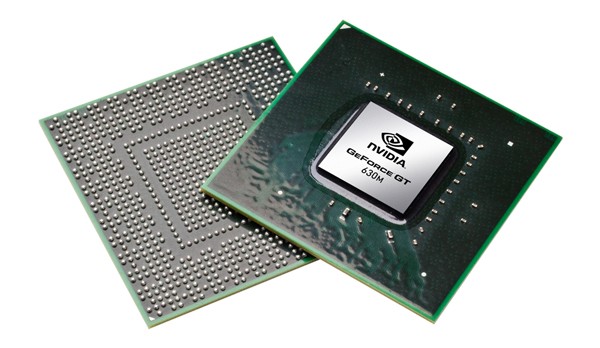 NVIDIA has released a new range of mobile graphics chips that bring the features of last year’s 500M series down to a lower price point. Keen-eyed observers might notice the GT635M is remarkably similar to the GT555M, albeit with slightly faster memory bandwidth. The GT630M is a dead ringer for the GT540M/GT550M and the 48 CUDA core GT610M could be the GT520M if you squint at it in bad light. It’s all rather detailed and low-key, but NVIDIA reminded us that it’ll launch “something more exciting” around the time Ivy Bridge makes its debut in 2012 — very possibly those 28nm Kepler chips we’ve been drooling over for a while?

NVIDIA rebadges GeForce 500M chips in preparation for Ivy Bridge release in 2012 originally appeared on Engadget on Wed, 07 Dec 2011 12:50:00 EDT. Please see our terms for use of feeds.