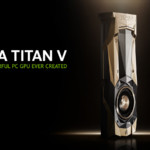 NVIDIA’s newest Titan GPU is now available for purchase, and the company says it’s the “world’s most powerful GPU for the PC” yet. The GPU-maker has launched the Volta-powered Titan V at the annual Neural Information Processing Systems conference. Volta is NVIDIA’s latest microarchitecture designed to double the energy efficiency of its predecessor, and Titan V can apparently deliver 110 teraflops of raw horsepower or around 9 times what the previous Titan is capable of. This powerful new GPU’s target? Scientists and researchers working on AI, deep learning and high performance computing. Since Volta was designed to work on a mixture of computation and calculations and has features created specifically for deep learning, scientists can use the GPU to build their own desktop PCs if they don’t need special servers. NVIDIA CEO Jensen Huang said during the event: “Our vision for Volta was to push the outer limits of high performance computing and AI. We broke new ground with its new processor architecture, instructions, numerical formats, memory architecture and processor links. With TITAN V, we are putting Volta into the hands of researchers and scientists all over the world. I can’t wait to see their breakthrough discoveries.” Those scientists and researchers probably need the backing of their educational institutions and donors to build computers with Titan V, though. The GPU, which is now available from NVIDIA’s website and retailers, will set them back $2, 999. Source: NVIDIA

See the original post:
NVIDIA’s ‘most powerful GPU’ ever is built for AI 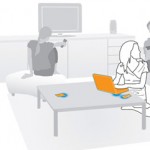