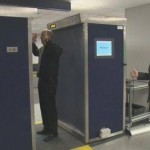 Apple Considering Switch Away From Intel For Macs