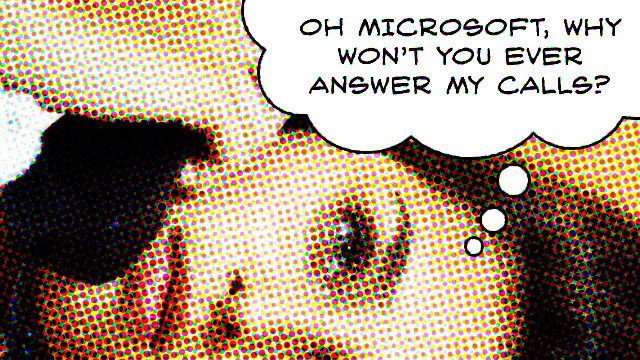 We recently asked businesses and schools using Google Apps to rate Google’s customer support, and found that it often falls short of being business-worthy. But Google is trying to change its reputation with 24/7 phone support to all Google Apps customers for any issue, which should theoretically alleviate some problems.

So what about Google’s cloud competition over at Microsoft? The folks at Redmond continually trumpet their enterprise experience and scoff at Google’s supposedly immature products and support system. But at least on the one issue of phone support, Microsoft’s policies prevent most customers from reaching technical support by phone.