OS X 10.9 will reportedly focus on the “power user,” according to sources speaking to 9to5Mac . The release, code-named “Cabernet,” isn’t expected to significantly overhaul how the operating system functions, but will reportedly bring over more iOS features that could benefit OS X. What might those features be? According to 9to5Mac’s sources, Apple has been “testing a new multi-tasking system” that’s similar to the app-switcher within iOS. “The multitasking feature will be functional for applications in the background, according to this person. Additionally, Apple could use app-pausing technologies from iOS to pause background application processes in OS X,” the site wrote, though apparently it’s unclear whether this feature will make the official 10.9 release. The other “power user” features reportedly include modifications to the Finder that would bring a tabbed browsing mode, an updated version of Safari with “a redesigned backend for improved page loading, speed, and efficiency,” and the ability to keep different Spaces open on separate monitors. Read 1 remaining paragraphs | Comments 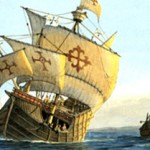 Archeologists may have found the wreck of Columbus’ Santa Maria 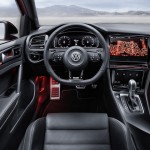 Volkswagen’s connected cars have three displays and park themselves