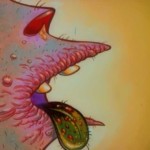 People tend to avoid sick people, even if they don’t consciously now that they are sick, according to a new study published in PNAS. Snip: In the perpetual race between evolving organisms and pathogens, the human immune system has evolved to reduce the harm of infections. As part of such a system, avoidance of contagious individuals would increase biological fitness. The present study shows that we can detect both facial and olfactory cues of sickness in others just hours after experimental activation of their immune system. The study further demonstrates that multisensory integration of these olfactory and visual sickness cues is a crucial mechanism for how we detect and socially evaluate sick individuals. Thus, by motivating the avoidance of sick conspecifics, olfactory–visual cues, both in isolation and integrated, may be important parts of circuits handling imminent threats of contagion. David DiSalvo from Forbes has more : Researchers injected one group of people with a harmless bacteria that triggers an immune response for a few hours, causing mild fever and fatigue, but without any really obvious signs of being sick… The researchers exposed the smell samples, photos and videos to another group of people, along with the same set of samples from healthy people… The brain scans showed a signaling effect cutting across the senses when someone looked at a photo or video of a sick person, along with being exposed to the smell samples. The overall effect is a multi-sense brain alarm telling us that someone is sick and should be avoided.

More:
Our brains tell us to avoid people who are sick, even when they don’t show obvious symptoms

Mad Shelia Is the Chinese Mad Max Ripoff of Your Dreams

IRS Can Read Your Email Without Warrant