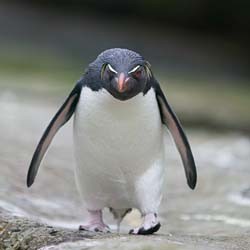 Penguin already signaled it’d stop providing newer titles to OverDrive’s lending service, but apart from a temporary interruption last year, Kindle borrowing of older books has escaped largely unscathed. That’s no longer the case: as of this month, Penguin says that “eBooks loaned for reading on Kindle devices will need to be downloaded to a computer then transferred to the device over USB.” Why add the extra hassle, compared to direct wireless transfer via Amazon’s servers? According to Infodocket, Penguin has simply indicated that this form of distribution breached the terms of its agreement with OverDrive. However, the American Library Association (ALA) has a more developed explanation of what’s going on in this nascent industry. It says that publishers are worried about the lack of “friction” involved in eBook lending, compared to the effort required to visit a physical library. This, the ALA thinks, is leading to fears that readers will borrow more and buy less. So, perhaps the wireless delivery of borrowed titles to Kindles was just too easy for Penguin’s liking?

Infodocket, ALA | Email this | Comments