The modern trend of out-of-print PC games coming back to life on digital-download shops got another big jolt on Tuesday with  The 3D Realms Anthology , a 32-game bundle available only on Steam. All of the games have been recoded to work on both Windows and OS X, and while many of the titles had already launched on Good Old Games (GOG.com), one particular Ars favorite made its Steam debut today: the original 1994 version of Rise of the Triad . That first-person shooter began life as the original sequel to Wolfenstein 3D , but when id Software went on to focus on  Doom instead, a different team—some of whose members went on to work on Duke Nukem 3D —put together a surprisingly robust shooter stuck in the relatively dated Wolfenstein 3D engine. For now, the only way to get that game on Steam, along with many other 3D Realms classics, is through today’s new 32-game bundle, which means you’ll have to shell out $30—but that price does come with other notable titles like 3D arcade-space shooter Terminal Velocity , pinball classic Balls of Steel , and mid-’90s FPS classic  Shadow Warrior . (Oh, and pretty much every Duke Nukem game, to boot.) GOG.com, meanwhile, was already selling  most of the bundle’s best games in a la carte form , in case the Steam bundle’s glut of edutainment nonsense does nothing for you. 3D Realms confirmed in a statement that before the Steam bundle launch, all of the games were either available as paid downloads directly from 3D Realms’ site or as freeware downloads. Read 1 remaining paragraphs | Comments 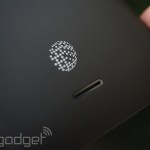