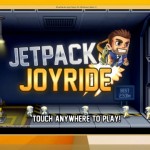 PC makers at CES may announce Windows PCs that run Android apps. But should you do something just because you can? Andrew Cunningham CES begins in just a few short days, but rumors about what we’ll be seeing there are already in full-swing. It’s a fair bet that the usual suspects will show up—phones, tablets, PCs, maybe even a Linux-powered gun or two—but the things that stick out usually end up being the Flavors of the Year. These are often technologies that are cool in theory but fail to light the world on fire in practice. Netbooks, 3D TVs, and the first run of Android tablets are all members of this illustrious group, and so far baubles like 4K TVs and smartwatches look like worthy heirs to the throne. One such upcoming flavor, according to a report from The Verge , is an Intel-backed initiative that combines Windows 8.1 and Android on the same device. Rather than combine an Android tablet with a Windows PC like Asus’ Transformer Book Trio , these computers will seamlessly run Android apps within a Windows environment, probably by way of a virtualization layer like Bluestacks . This idea is in no way new, though the report suggests that a larger push is imminent. The initiative makes some sense for Intel and the OEMs. For Intel, it’s a way to offer tablet makers something that they can’t get from ARM chips like those from Qualcomm or Nvidia: the ability to provide full Windows 8.1 app compatibility combined with Android app compatibility. For the OEMs, it’s (theoretically) a way to patch gaps in Windows 8.1’s improving-but-spotty app store by giving consumers Android tablet apps that they (theoretically) know and love. Read 7 remaining paragraphs | Comments 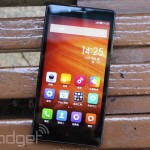 Xiaomi passes Uber as the world’s most valuable startup