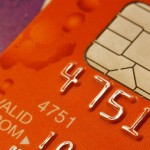 What Are "Smart" Credit Cards, and Why Are They Coming to...