After more than 40 years on the job, 10th generation lobsterman Alex Todd of Chebeague Island, Maine recently pulled in a crustacean even he had never seen: a translucent lobster. He’s quoted in the Guardian as saying , “I was definitely surprised,” and “It was like it was clear but with white under the clearness and a blue tint, but you couldn’t see organs or anything under the shell, it wasn’t to that level.” The Maine Coast Fishermen’s Association shared a little info about the lobster’s unusual pearly look, on their Facebook page: A normal lobster gets its color by mixing yellow, blue, and red protein pigments. Through different genetic mutations you can get a blue, yellow, or red (uncooked) lobster. You can also get strange mixtures of those colors as well. This lobster probably has a genetic condition called Leucism which isn’t a total loss of pigment (which would make it an albino) but instead a partial loss. This is why you can still see some hints of blue on the shell and color on the eyes. Todd threw the lobster back into the ocean because it is an egg-bearing female . Such lobsters are protected under strict conservation laws. 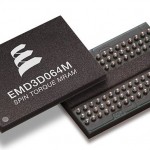