Discovered in 2009 by the MEarth project, researchers now have strong evidence that GJ 1214 b has an atmosphere “But now a team of astronomers led by UChicago’s Laura Kreidberg and Jacob Bean have detected clear evidence of clouds in the atmosphere of GJ 1214b from data collected with the Hubble Space Telescope. The Hubble observations used 96 hours of telescope time spread over 11 months. This was the largest Hubble program ever devoted to studying a single exoplanet. … The first spectra, which were obtained by Bean in 2010 using a ground-based telescope, suggested that the planet’s atmosphere either was predominantly water vapor or hydrogen-dominated with high-altitude clouds. … More precise Hubble observations made in 2012 and 2013 allowed the team to distinguish between these two scenarios. … The best explanation for the new data is that there are high-altitude clouds in the atmosphere of the planet, though their composition is unknown. Models of super-Earth atmospheres predict clouds could be made out of potassium chloride or zinc sulfide at the scorching temperatures of 450 degrees Fahrenheit found on GJ 1214b.” Read more of this story at Slashdot. 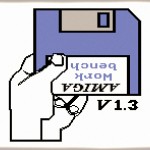 US Gained a Decade of Flynn-Effect IQ Points After Adding Iodine...

What Could Have Entered the Public Domain in 2015?