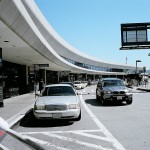 Hopefully none of these cars at SFO are in for a citizen arrest. dreamagicjp Officials at the San Francisco International Airport (SFO) say they have been making citizen arrests of rideshare drivers throughout July. Airport spokesperson Doug Yakel told Ars on Tuesday that airport officials have made 12 such arrests since July 10. Rideshare companies like Uber, Lyft, and Sidecar use mobile apps to help city dwellers find rides in areas where cabs are scarce or expensive. But taxi service is heavily regulated in big cities nationwide, and rideshare companies have ruffled feathers by operating outside of traditional restraints placed on taxi drivers. Cities like New York and Chicago have made it difficult for rideshare companies to operate, and the California Public Utilities Commission (CPUC) slapped Uber, Lyft, and Sidecar with $20, 000 fines in November 2012 (although the commission later rescinded the fines ). In December of last year, the CPUC issued a proposal for examining the legality of the rideshare services, and the commission is expected to revisit the issue sometime this week. Read 7 remaining paragraphs | Comments