The worldwide warehouse and logistics robot unit shipments will increase from 40, 000 robots in 2016 to 620, 000 robots annually by 2021, according to highly reliable numbers from Tractica, which adds that the $1.9 billion market in 2016 is expected to jump a staggering tenfold to an annual $22.4 billion by the end of 2021. From a report on TechRepublic: As a measure of global market value, Tractica also expects the robotic shipments to reach $22.4 billion by the end of 2021, up from an estimated $1.9 billion in 2016. The report, which highlights market drivers and challenges, profiles 75 “emerging industry players, ” and is divided into sections based on robot type. According to the report, “warehousing and logistics industries are looking for robotics solutions, more than ever before, to remain globally competitive, ” which will “lead to widespread acceptance and presence of robots in warehouses and logistics operations.” To allay fears about lost jobs due to automation, the report authors said they expect that the increase in robots will likely yield new jobs and opportunities for businesses. “The next 5 years will be a period of significant innovation in the space, bringing significant opportunities for established industry players and startups alike, ” said Manoj Sahi, a research analyst, in the report. Read more of this story at Slashdot.

Continue reading here:
Robots in Warehouses To Jump 15X Over Next 4 Years 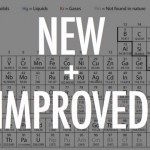