Images of Seleznev with stacks of cash were found on his laptop following his 2014 arrest in the Maldives. (credit: Department of Justice ) Russian hacker Roman Seleznev was sentenced to 27 years in prison today. He was convicted of causing more than $169 million in damage by hacking into point-of-sale computers. Seleznev, aka “Track2,” would hack into computers belonging to both small businesses and large financial institutions, according to prosecutors. He was  arrested in the Maldives in 2014 with a laptop that had more than 1.7 million credit card numbers. After an August 2016 trial, Seleznev was convicted on 38 counts, including wire fraud, intentional damage to a protected computer, and aggravated identity theft. The sentence is quite close to the 30 years that the government asked for. Prosecutors said Seleznev deserved the harsh sentence because he was “a pioneer” who helped grow the market for stolen credit card data and because he “became one of the most revered point-of-sale hackers in the criminal underworld.” Read 6 remaining paragraphs | Comments 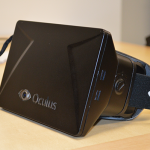