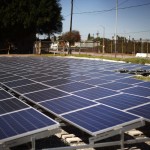 San Francisco has been pushing toward 100 percent of its energy to come from renewable resources for a while now. And to further that, the city recently passed legislation that would require new construction to install solar panels on building roofs — an extension of existing legislation that stated 15 percent of a rooftop be reserved for solar use. The city says this is the first mandate of its kind, and that new buildings 10-stories tall or shorter will have to install photovoltaic panels or solar water heaters. The law won’t go into effect until January 1st next year. However, this could just be seen as political grandstanding. The number of sub-10-floor buildings going up in San Francisco is pretty low, especially in terms of residential construction. More than that, buildings are already up against strong opposition from residents for blocking sunlight, so having anything blocking power sources could cause similar situations. We’ve reached out to the San Francisco Planning Department and the city’s Department of Building Inspection for comment and will update this post should either respond. Via: Business Insider Source: Scott Weiner (Medium) 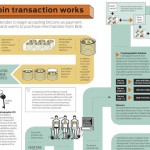