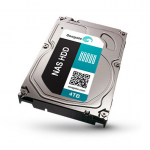 Seagate’s largest drives are 4TB and 6TB in size, but they’ll be getting even larger soon enough. Seagate Solid-state drives get most of the love from gadget sites these days—they’re faster and cheaper than ever , and they’re a great way to extend the life of an older computer. If you need to store more than a terabyte of data, however, you still need to turn to old fashioned spinning hard drives. To that end, Seagate yesterday announced an 8TB hard drive that’s a full two terabytes larger than most drives on the market today. The drive that’s being announced is aimed at the enterprise market, so it’s not something consumers will be able to get their hands on in the near-term—for now, the biggest drive available to most folks will be a mere 6TB in size . Once the 8TB begins shipping in bulk, though, we’d expect to see them available on sites like Newegg and Amazon, especially since they’ll fit in current 3.5-inch drive bays. Larger drives like this are commonly used to increase the capacity of network-attached storage devices without having to totally replace them. In consumer desktops, spinning hard drives continue to offer a cost-per-gigabyte ratio far superior to SSDs, useful if you need a lot of storage but don’t need it to be particularly speedy.  Modern chipsets will even allow you to use a smaller SSD as a cache to boost the speed of your computer without sacrificing storage capacity. Read 1 remaining paragraphs | Comments

Read this article:
Seagate’s new 8TB hard drive is for all you digital hoarders 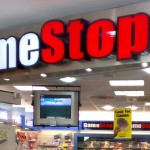