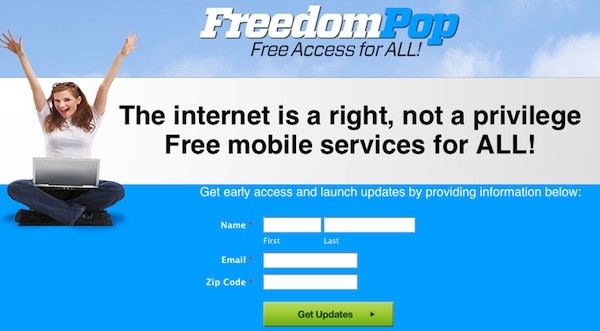 A mysterious startup promising free wireless broadband and voice services to all Americans should rightly prompt a fair bit of skepticism, but FreedomPop isn’t quite your average fly-by-night organization (despite appearances). It’s backed by Skype co-founder Niklas Zennstrom, and it’s just signed an agreement with LTE wholesaler LightSquared to provide the backbone for the service. Unfortunately, details remain decidedly light otherwise. The company says that the service will launch sometime in 2012 (LightSquared’s network itself is slated to go live in the second half of the year, though it still faces some hurdles), and it will apparently be focused on serving markets most in need of wireless broadband initially, before rolling out across the country. As FierceCable notes, the service brings to mind the many free internet dial-up services of the 1990s, which relied largely on advertising, although it remains to be seen if that’s the route FreedomPop has in mind.