In the modern responsive Web Three Point Oh Internet, Slashdot stands like a thing frozen in time—it’s a coelacanth stuck incongruously in an aquarium full of more colorful fish. The technology news aggregator site has been around since 1997, making it positively ancient as websites are reckoned. More importantly, Slashdot’s long focus on open source technology news and topics has caused it to accrete a user base that tends to be extremely technical, extremely skilled, and extremely opinionated. That user base is itself the main reason why Slashdot continues to thrive, even as its throwback interface makes it look to untrained eyes like a dated relic. Though the site is frequently a source of deep and rich commentary on topics, the barrier for new users to engage in the site’s discussions is relatively high—certainly higher than, say, reddit (or even Ars). This doesn’t cause much concern to the average Slashdot user, but tech job listing site Dice.com (which bought Slashdot in September 2012, along with Sourceforge and a number of other digital properties) appears to have decided it’s time to drag Slashdot’s interface into the 21st century in order to make things comfortable for everyone—old and new users alike. And the Slashdot user base is not pleased. Read 16 remaining paragraphs | Comments 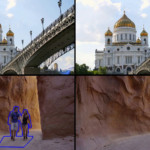 Adobe’s ‘Cloak’ experiment is a content-aware eraser for video

BitTorrent Bleep: The P2P Plan to Make the World’s Most Secure...