Enlarge / From the Department of Energy: “This photo shows the construction phase of a 16.5 MW DC solar farm built in Oxford, MA. This 130-acre property was previously known as the largest piggery in Massachusetts.” (credit: Lucas Faria/ US Department of Energy ) On Tuesday, the Department of Energy (DOE) announced that utility-grade solar panels have hit cost targets set for 2020 , three years ahead of schedule. Those targets reflect around $1 per watt and 6¢ per kilowatt-hour in Kansas City, the department’s mid-range yardstick for solar panel cost per unit of energy produced (New York is considered the high-cost end, and Phoenix, Arizona, which has much more sunlight than most other major cities in the country, reflects the low-cost end). Those prices don’t include an Investment Tax Credit (ITC), which makes solar panels even cheaper. The Energy Department said that the cost per watt was assessed in terms of total installed system costs for developers. That means the number is based on “the sales price paid to the installer; therefore, it includes profit in the cost of the hardware,” according to a department presentation  (PDF). The National Renewable Energy Laboratory (NREL), a DOE-funded lab that assesses solar panel cost, wrote that, compared to the first quarter in 2016 , the first quarter in 2017 saw a 29-percent decline in installed cost for utility-scale solar, which was attributed to lower photovoltaic module and inverter prices, better panel efficiency, and reduced labor costs. Despite the plummeting costs for utility-scale solar, costs for commercial and residential solar panels have not fallen quite as quickly—just 15 percent and 6 percent, respectively. Read 5 remaining paragraphs | Comments 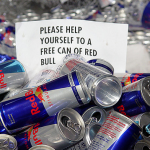