Nielsen reported this week that millennials “spend about 27% less time watching traditional TV than viewers over the age of 35, ” possibly threatening the dominance of cable TV. An anonymous reader quotes Axios: Streaming service subscribers (free or paid) increased again (68% in 2016 vs. 63% in 2014) and have caught up with the percentage of paid TV service providers (67%) for the first time ever, according to the Consumer Technology Association’s new study, The Changing Landscape for Video and Content. The rise of streaming services represents a shift in consumption habits towards cord-cutting, primarily amongst millennials. Some other trends are impossible to ignore. 2016 also saw a saw dramatic drops in the use of physical disks — from 41% in 2015 to just 28% — as well as another big drop in the use of antennas, from 18% to just 10%. Read more of this story at Slashdot. 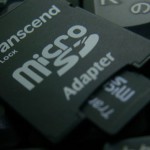