Before you start throwing down cash for new phones like a Grinch post heart-expansion, watch our video to directly compare more factors than just name brand and price on two of the most popular phones. The iPhone 8 and Galaxy S8 Plus are both less than $1000 (no thanks, iPhone X) but still expensive, beginning at $805 and $737, respectively. Either would make a great gift to yourself or someone else, but it all depends on what you’re going for. The iPhone 8 looks a little ho-hum in terms of standard old design, but acts zippier because of the new A11 bionic chip, which Apple claims makes it 25% faster. Alternatively, maybe you love Samsung or are just now open to one because of Apple’s no headphone jack policy. The S8 and S8 Plus have a slick design that our own phone reviewers absolutely love and its display (a dazzling 2220 x 1080) compared to Apple’s (a meh 1334 x 750) really put it at the top of the visual appearance heap. And then there’s the camera test. While on paper the smartphone’s cameras seem very similar, (Apple with a 7 megapixel front-facing camera, 12 megapixel back; Galaxy S8 Plus with 8 megapixel front-facing camera, 12 megapixel back), in practice, the selfies from the Galaxy S8 Plus seem far superior. After testing set-up, call quality, video downloading time, playback, visual appearance and cameras on each of the phones, we picked the Samsung Galaxy S8 Plus as the winner of this particular head-to-head challenge. Let us know in the comments what we should test next!

More:
The iPhone 8 goes up against a Samsung Galaxy S8 Plus 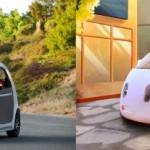 Google whips up its own self-driving vehicles that lose the steering...