Apple’s 12-inch MacBook Air has been rumored for a while now, but the computer is very real, according to a new report from 9to5Mac’s Mark Gurman. The resourceful and consistently accurate site has revealed specs and renders of a 12-inch MacBook (which is pegged for release anytime between the near future and mid-2015) that pushes the limits in terms of thickness, input and… Read More

Original post:
The Next MacBook Air Will Be A 12-Inch Beauty With An Edge-To-Edge Keyboard 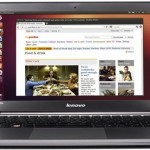