Enlarge (credit: Marseille ) Well, this is a turn-up for the books. Normally an HDMI cable that claims to improve your picture quality would be just so much audiophool [editorial standards prevent me from using an appropriate noun here]. HDMI cables carry digital signals, and bits are bits, right? Add to that a “directional” claim—you’ve gotta plug the right end into the TV—and normally our eyes would be rolling. But the Marseille mCable Gaming Edition appears to be a working, legitimate product. It’s an HDMI cable that makes the kind of claims that we’ve come to expect from audiophile con men, but there’s a key difference: Marseille isn’t making its performance claims on the basis of specious nonsense about construction, materials, and chakras. Rather, this cord works because the Gaming Edition HDMI cable has a microchip in it. That microchip performs anti-aliasing of the signal passed through the cable. The cable is intended for console gamers. While the Xbox One X is set to shake things up a bit when it’s released later this year, the consoles currently on the market are, especially from a GPU perspective, relatively underpowered. While PC gamers can readily achieve 1080p or better with a wide range of anti-aliasing options—which offer all kinds of trade-offs between performance, image quality, and the visibility of jagged edges—console gamers have far fewer options. Their graphics processors just aren’t strong enough to offer the same kind of flexibility and image quality. Read 4 remaining paragraphs | Comments

Continue Reading:
This $120 HDMI cable claims to make your picture better… and it does 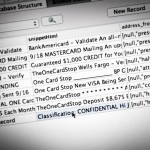