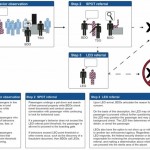 10 years and $900M later, the TSA’s behavioral analysis program is a debacle . Here’s the US General Accountability Office on the program : “Ten years after the development of the SPOT program, TSA cannot demonstrate the effectiveness of its behavior detection activities. Until TSA can provide scientifically validated evidence demonstrating that behavioral indicators can be used to identify passengers who may pose threat to aviation security, the agency risks funding activities [that] have not been determined to be effective.” Basically, the TSA has spent a decade and nearly a billion dollars reinventing phrenology. I feel safer already. For the report, GAO auditors looked at the outside scientific literature, speaking to behavioral researchers and examining meta-analyses of 400 separate academic studies on unmasking liars. That literature suggests that “the ability of human observers to accurately identify deceptive behavior based on behavioral cues or indicators is the same as or slightly better than chance (54 percent).” That result holds whether or not the observer is a member of law enforcement. It turns out that all of those signs you instinctively “know” to indicate deception usually don’t. Lack of eye contact for instance simply does not correlate with deception when examined in empirical studies. Nor do increases in body movements such as tapping fingers or toes; the literature shows that people’s movements actually decrease when lying. A 2008 study for the Department of Defense found that “no compelling evidence exists to support remote observation of physiological signals that may indicate fear or nervousness in an operational scenario by human observers.” TSA’s got 94 signs to ID terrorists, but they’re unproven by science [Nate Anderson/Ars Technica]