In a surprise announcement today, Transport for London has confirmed that it will not reissue Uber’s private hire operating licence within the city. In a statement, the regulator said that the company operations were not “fit and proper” and noted that it will be allowed to accept new rides in London up until September 30th. Uber can appeal the decision, which will allow its cars to stay on the road until a final ruling is passed. According to Transport for London, Uber’s policies regarding the reporting of serious criminal offences, how it obtains medical certificates and performs driver checks did not meet its standards. It also noted Uber’s use of its “Greyball” software in the capital , which allowed the company to evade authorities all over the world by tagging known officials and serving up dummy versions of the app that were populated with ghost cars. This is a developing story, please refresh for updates. 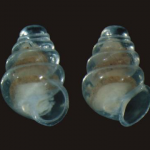 A translucent snail has been found in one of the world’s...