After being switched on for the first time last Friday, the UK’s newest fusion reactor has successfully generated a molten mass of electrically-charged gas, or plasma, inside its core. Futurism reports: Called the ST40, the reactor was constructed by Tokamak Energy, one of the leading private fusion energy companies in the world. The company was founded in 2009 with the express purpose of designing and developing small fusion reactors to introduce fusion power into the grid by 2030. Now that the ST40 is running, the company will commission and install the complete set of magnetic coils needed to reach fusion temperatures. The ST40 should be creating a plasma temperature as hot as the center of the Sun — 15 million degrees Celsius (27 million degrees Fahrenheit) — by Autumn 2017. By 2018, the ST40 will produce plasma temperatures of 100 million degrees Celsius (180 million degrees Fahrenheit), another record-breaker for a privately owned and funded fusion reactor. That temperature threshold is important, as it is the minimum temperature for inducing the controlled fusion reaction. Assuming the ST40 succeeds, it will prove that its novel design can produce commercially viable fusion power. Read more of this story at Slashdot. 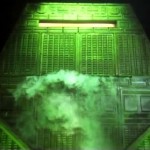 Google’s ‘Knowledge Vault’ seeks the answer to life, the universe and...