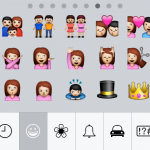 We can leave dumb old “words” behind as soon as emoji evolve to express all forms of human feeling and emotion. Andrew Cunningham The Unicode Consortium has just announced the release of version 7.0 of the Unicode Standard , the list of characters ” which specifies the representation of text in all modern software products and standards .” Unicode 7.0 adds 2,834 new characters to the existing list of 110,187 characters defined by Unicode 6.3, including new symbols for currency, new “lesser-used and historic scripts,” and extended support “for written languages of North America, China, India, other Asian countries, and Africa.” Of course, the Internet being what it is, what people seem the most excited about are the 250 new emoji characters, listed here by Emojipedia . Notable additions include “hot pepper,” “sleuth or spy,” “man in business suit levitating,” “reversed hand with middle finger extended,” and “raised hand with part between middle and ring fingers” (aka the ” live long and prosper ” thing). The list of emoji also extends the character set’s adorable fascination with outmoded technology thanks to icons like “soft shell floppy disk,” “fax icon,” and “old personal computer.” Mostly absent from that list of new emoji are the more racially diverse characters Apple said it was trying to introduce back in March . There are a few characters that suggest progress on that front (“sideways black left pointing index,” “black up pointing backhand index,” and so on, assuming that “index” is a reference to index fingers), but those additions don’t introduce parity between black- and white-skinned icons, nor do they account for other skin tones. That’s not necessarily surprising, since these standards take a long time to change—hopefully more characters are introduced in a future Unicode release. Read 1 remaining paragraphs | Comments 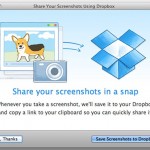