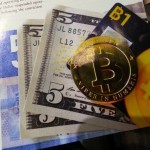 Zach Copley The federal agency charged with enforcing the nation’s laws against money laundering has issued new guidelines suggesting that several parties in the Bitcoin economy qualify as Money Services Businesses under US law. Money Services Businesses (MSBs) must register with the federal government, collect information about their customers, and take steps to combat money laundering by their customers. The new guidelines do not mention Bitcoin by name, but there’s little doubt which “de-centralized virtual currency” the Financial Crimes Enforcement Network (FinCEN) had in mind when it drafted the new guidelines. A FinCEN spokesman told Bank Technology News last year that “we are aware of Bitcoin and other similar operations, and we are studying the mechanism behind Bitcoin.” America’s anti-money-laundering laws require financial institutions to collect information on potentially suspicious transactions by their customers and report these to the federal government. Among the institutions subject to these regulatory requirements are “money services businesses,” including “money transmitters.” Until now, it wasn’t clear who in the Bitcoin network qualified as a money transmitter under the law. Read 7 remaining paragraphs | Comments

It Took 25 Hours of Continuous Concrete Pouring To Build This...

California’s giant battery test is a step towards clean energy