Enlarge (credit: Heather Katsoulis ) Contestants at this year’s Pwn2Own hacking competition in Vancouver just pulled off an unusually impressive feat: they compromised Microsoft’s heavily fortified Edge browser in a way that escapes a VMware Workstation virtual machine it runs in. The hack fetched a prize of $105,000, the highest awarded so far over the past three days. According to a Friday morning tweet from the contest’s organizers, members of Qihoo 360’s security team carried out the hack by exploiting a heap overflow bug in Edge, a type confusion flaw in the Windows kernel and an uninitialized buffer vulnerability in VMware, contest organizers reported Friday morning on Twitter . The result was a ” complete virtual machine escape .” “We used a JavaScript engine bug within Microsoft Edge to achieve the code execution inside the Edge sandbox, and we used a Windows 10 kernel bug to escape from it and fully compromise the guest machine,” Qihoo 360 Executive Director Zheng Zheng wrote in an e-mail. “Then we exploited a hardware simulation bug within VMware to escape from the guest operating system to the host one. All started from and only by a controlled a website.” Read 7 remaining paragraphs | Comments 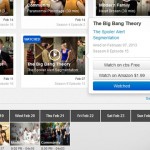 FollowShows Keeps You Up-to-Date on Your Favorite TV Shows, Finds Where...

When Her Best Friend Died, She Rebuilt Him Using Artificial Intelligence