donadony writes “Oracle announced the release of VirtualBox 4.3; this is a major release that comes with important new features, devices support and improvements. According to the announcement, ‘Oracle VM VirtualBox 4.3 adds a unique virtual multi-touch interface to support touch-based operating systems, and other new virtual devices and utilities, including webcam devices and a session recording facility. This release also builds on previous releases with support for the latest Microsoft, Apple, Linux and Oracle Solaris operating systems, new virtual devices, and improved networking functionality.'” Read more of this story at Slashdot. 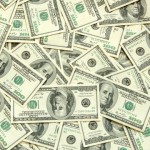 The Federal Reserve Said It Was Hacked