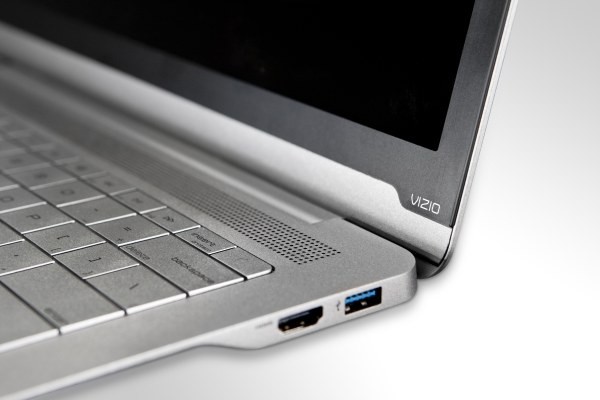 Just when it seems like everyone is running away from the PC business, well known HDTV company Vizio has apparently decided that after dabbling in lightbulbs, it’s a great time to get in. Chief Technology Officer Matt McRae revealed in an interview with Bloomberg that it will introduce two desktop all-in-ones and three notebooks at CES next week, the former which probably explain that sleek display it flashed during its 2012 Rose Bowl advertisement. As usual, the focus is on value pricing, as he promised they would arrive by June (we’re still waiting on the phone from last year, we’ll chalk up the missing high end TVs to Google TV delays for now) at prices that “don’t seem possible”. The desktops are expected to be 24- and 27-inch models, while the laptops are a standard 15-incher, along with 14- and 15-inch ultralight models. We’ll get our hands on the new PCs as quickly as possible to see if they match up to the ultrabook competition, and if Vizio can finally provide a PC AIO we’re truly interested in.

Update: Check the gallery below for actual pictures of all the models in the lineup (24-inch All-in-One PC, 27-inch All-in-One PC, 14-inch Thin + Light Notebook, 15.6-inch Thin + Light Notebook, 15.6-inch Notebook ), while we don’t know how they’ll run from here, they certainly have sleek — and familiar — designs. Also, if you think Vizio’s forgotten its roots, think again (peep the wired subwoofer and remote idling by that 27-incher). Just like its Tablet featured universal IR control built-in, the tie-ins are getting deeper, according to comments in the Wall Street Journal there are plans to allow for second screen information on a laptop or PC on the same network as one of its smart TVs.

Vizio’s next market? Desktop and laptop PCs (Update: pictures!) originally appeared on Engadget on Fri, 06 Jan 2012 23:11:00 EDT. Please see our terms for use of feeds.