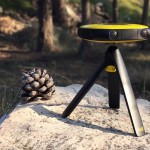 You can already get affordable virtual reality cameras , and low-cost 3D cameras have existed for years. However, getting both in one package is another matter — it’s entirely possible to pay a five-digit price if you’re not careful. That’s where HumanEyes’ new Vuze camera (no, not that Vuze ) just might save the day. The UFO-like rig combines eight cameras to capture 3D VR footage for $899, or low enough that you can get one solely to make amateur Google Cardboard videos. It promises to be headache-free, too, between a new seamless image stitching technique and quick, near real-time processing. The gotcha? Vuze won’t ship until August, so you probably won’t be using it to document your summer vacation. It will ship with goggles, a selfie stick and a tripod, though, so you may well have everything you need to shoot and preview the VR footage you were hoping to get. Here’s hoping that this represents the start of a trend: it might not be long before VR creation is practical for just about anyone with a bit of cash and the willingness to dabble in a relatively new format. Source: HumanEyes Technologies 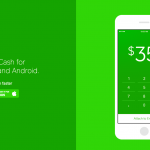