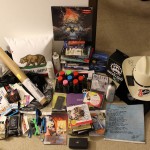 There’s $2.5 Billion Worth of Silver and Gold in Phones Sold...