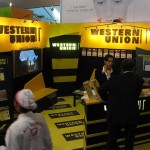 Image: David Weekly/Flickr Western Union admitted it behaved criminally through its “willful failure to maintain an effective anti-money laundering program and aiding and abetting wire fraud,” reports Forbes. They’ve agreed to pay a $586 million fine. From the Forbes article : In a statement from the U.S. Department of Justice and Federal Trade Commission on Thursday, authorities describe insufficient or poorly enforced policies that resulted in the funneling of hundreds of millions of dollars in proceeds from illegal gambling, fraud and drug and human trafficking. … In one case, illegal immigrants from China sent money back to the people who smuggled them across the border. With the help of employees, the payments were structured so that they didn’t trigger reporting requirements under the Bank Secrecy Act, say authorities. In another example, Western Union processed hundreds of thousands of transactions for an international scam, wherein fraudsters directed people to send money in order to claim a prize or help a relative. Western Union employees often processed the payments in return for a cut of the proceeds, say authorities. From CFO : Wifredo A. Ferrer, the U.S. Attorney in Miami, said the misconduct reflected “a flawed corporate culture that failed to provide a checks and balances approach to combat criminal practices.” “Western Union’s failure to implement proper controls and discipline agents that violated compliances policies enabled the proliferation of illegal gambling, money laundering and fraud-related schemes,” he added. I’m not a fan of civil asset forfeiture, which is basically a way for law enforcement to steal money and assets from anyone without charging them with a crime. But in this case, it seems appropriate for the government seize the assets of the CEO of Western Union, Hikmet Ersek, until he can prove that his $8.5 million salary didn’t depend on Western Union’s admitted criminal activities. 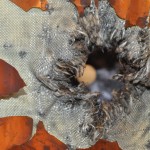 The Big Picture: Punching a hole in a (simulated) spacecraft 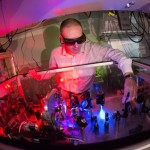